We welcomed our first alpacas in March 2020. The lads settled well into island life and they have individual personalities that shine through! Without further ado, let us introduce you to the Arran Alpacas (and a llama)!!

Our original gang (The OGs) these boys were the first alpacas we set to train and trek. 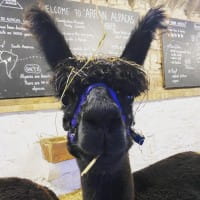 Dougal is our oldest alpaca and at 4 years old is the leader of the herd (notice his ears up on constant alert). Dougal means 'dark stranger' in Scots but we affectionately know him as Mr Fluffy Ears. He is a calm boy who looks after his herd well. Dougal always has a cheeky smile on his face when a photo is taken. 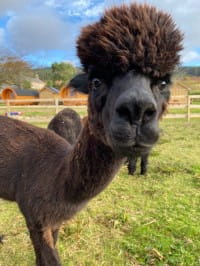 Clyde is a dark chestnut brown. Strong like a Clydesdale horse, and having sailed over the Firth of Clyde to arrive here, his name doesn't take much explanation. Clyde is our biggest alpaca with lovely, dense fibre and a rather cool hair do. 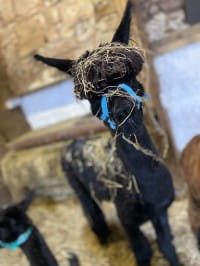 Gordie was the first alpaca we named because he has a flash of white down his rear left leg (Flash Gordon). Gordie is a reliable trekker - and reliably greedy! We also call him "Greedy Gordie" as he loves his grub. He also loves checking out his reflection in the window!! Obviously he can't believe how handsome he is!! 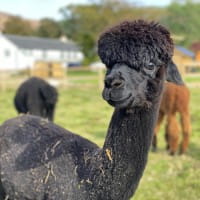 Wallace is a smaller alpaca, though is ages with Gordie. As well as a quiet personality, Wallace is our least vocal of the group (hums the least). Although small, he yielded the largest amount of fibre when sheared, he can grow quite the beard! 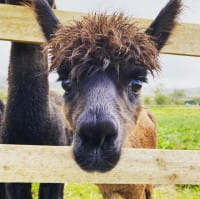 Glen was the baby (Cria) of our herd when he arrived but is now more of a teenager! If you ever need an example of a cheeky alpaca, Glen is your boy! He is very inquisitive and always keen to say hello when you walk in the barn. Along with Gordie, he is quite the greedy guts and doesn't like to miss out on anything! 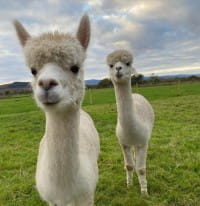 Nevis and Lomond are our white alpacas and joined us in September 2020. They were named after mountains we have climbed and we think their hair is like snow-capped mountain peaks!

Nevis is the larger of the two, he is also the sensitive and shy one who can keep his distance and quite often joins in treks with Tom.

Lomond is a sweet little guy who has established himself as a popular alpaca in the herd. He likes to take the lead on treks and loves to be photographed. 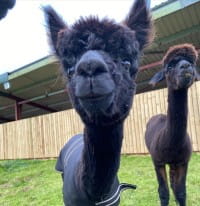 Murdo and Murray are little chatty guys - they do a lot of humming!! They came as a pair from another herd and are still good buddies.

Murdo is a wee boy who you may see in a jacket which is to keep him warm. He has the loveliest of personalities and treks really well with young children who are leading an alpaca on their own. 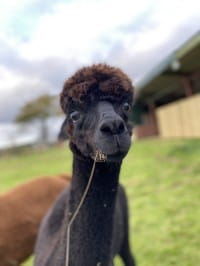 Murray has a cheeky but loveable personality and children also take very well to him. He moved to us just 8 months old but is growing so quickly, he is going to be a tall boy!!

Elliot is a miniature alpaca who has been re-homed at the age of 4 years old. He moved from a loving home and has settled in very well with all the boys here. We do love his white beard and whiskers which makes him look like Santa! 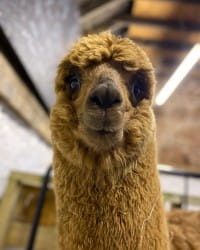 Macca the alpaca - meet our wee Mac, whose name was chosen via our social media competition. Mac arrived aged just 7 months old in December 2021 and has the cutest little face. He is sure to be a popular addition with all our visitors. 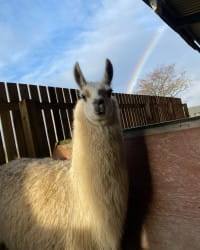 Sir Lancelot is one very handsome and noble steed... he is also a llama!!! He does like to get up close and personal for kiss and if you get your camera out, he is all about the posing. His locks are very soft and silky. Apart from being a gorgeous star, he really helps us demonstrate the difference between alpacas and llamas.

Book an Alpaca experience here and meet our lovely boys yourself!